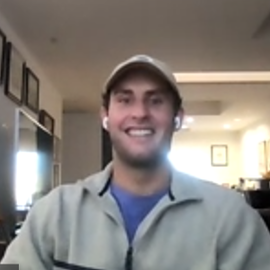 Institute of AI for Health

Schmid College of Science and Engineering

Born to South African parents and raised in Southern California, Mr. Wayland attended El Toro High School from 2011-2015. He then went on to pursue his undergraduate degree at UC Berkeley, where he majored in pure mathematics and astrophysics. He received honors in mathematics for his completion of a thesis entitled “Voting Systems: An Investigation into Strategic Voting and the Commutative Monoidal Structure of Elections”, and also was able to complete the requirements for a minor in logic. As an undergraduate, his primary research experience came in the field of astrophysics from two concurrent positions. As a member of Dr. Alexei Filippenko’s team he collected observational signatures of supernovae, operating the Nickel and KAIT telescopes at the Lick Observatory in California. The group used these observations to generate precise measurements of the Hubble constant, a numeric description of the current rate of expansion of the universe. Additionally, as a SURF L&S Fellow, he worked with Dr. Richard Anantua, a postdoctoral fellow in Eliot Quataert’s group at the time, on modeling emissions of 2 3C 279 and Sagittarius A*, two igh energy jet/accretion disk/black hole systems.

After graduating from Berkeley in December 2019, Mr. Wayland started as a graduate student in the Computational and Data Sciences Program in Fall 2020, where he now continues to do research with Dr. Dressel in the Spin Group and Dr. Moshier in the mathematics department. His research interests currently lie at the intersection of topics in pure mathematics, such as topology and category theory, with applied subjects like physics, machine learning, and data science. As well as research, Jeremy also taught a mechanics laboratory course for undergraduates at Chapman, and has held a variety of jobs and internships where he can leverage his experience in mathematics and his programming skills. He also worked as a grant-funded Computational Scientist in the Research Department at the Children’s Hospital of Orange County, with the goal of developing a predictive machine learning model that can provide physicians with preemptive alerts for patients at risk of developing sepsis. His next pursuit is a Ph.D. under the advisement of Professor Bastial Rieck at the Helmholtz Institute for Artificial Intelligence in Munich, with co-supervision by Professor Ulrich Bauer in the mathematics department at TUM.

During his free time, Jeremy loves to surf, ski, and hike. He is also an avid traveler, and has ventured to a number of interesting destinations chasing quality and uncrowded waves, including many places on the California Coast, Mexico, Nicuragua, Costa Rica, and South Africa. He is passionate about preserving these beautiful environments, and hopes that one day he can use his experience to impact the field of environmental conservation and climate change. He also loves listening to music and playing the cello, which he studied privately for many years in high school and still performs every so often for weddings, fundraisers, and cocktail parties.