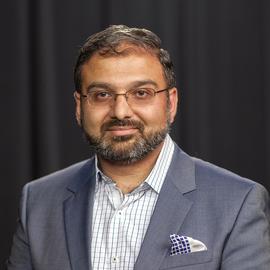 Professor of Physics, Director of the Advanced Quantum Testbed

Irfan Siddiqi is a Professor of Physics at the University of California, Berkeley and the Director of the Advanced Quantum Testbed where he leads a team developing superconducting quantum processors. He received his AB (1997) in chemistry & physics from Harvard University. He then went on to receive a PhD (2002) in applied physics from Yale University, where he stayed as a postdoctoral researcher until 2005. Irfan joined the physics department at the University of California, Berkeley in the summer of 2006. In 2006, Irfan was awarded the George E. Valley, Jr. prize by the American Physical Society for the development of the Josephson bifurcation amplifier. In 2007, he was awarded the Office of Naval Research Young Investigator Award, the Hellman Family Faculty Fund, and the UC Berkeley Chancellor’s Partnership Faculty Fund.